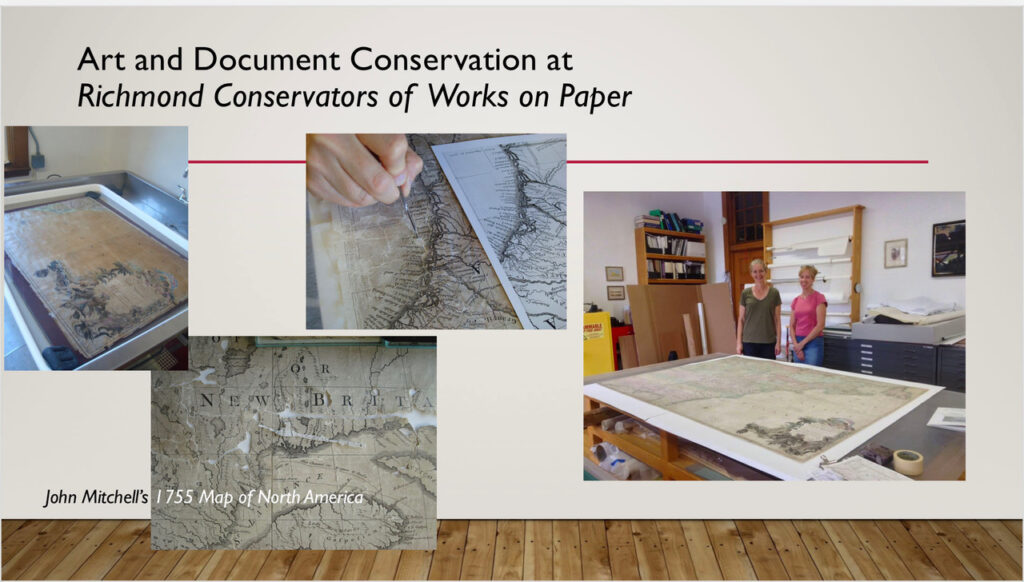 We had a full and exciting program of speakers and tours last year, including a most useful workshop on “Preserving, Storing and Displaying Important Papers: Documents, Prints and Maps” by conservators Mary Studt and  Wendy Cowan, and a full lineup of speakers and tours as listed below. Unfortunately, given the current public health crisis, we have had to put this year’s program on “pause” for the time being.

In the meantime, though, we’ve launched an exciting new project -our electronic newsletter “Post and Beam.”   You can read the current issue here and sign up to receive future issues here.

We also are continuing our important grant program to help preserve the important historic resources of the Northern Neck and Middle Peninsula – one of the first settled areas in Virginia where George Washington was born.

Stay “in the know” and support preservation efforts in the historic Northern Neck and Middle Peninsula by becoming a member! 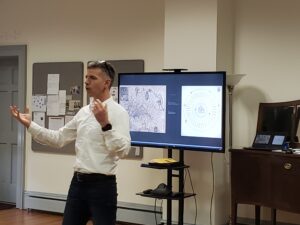 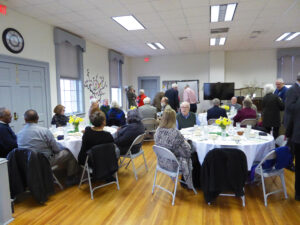 The PNNMP 2019 Annual Meeting took place on March 21, 2019, featuring Kirsten Moffitt, Conservator and Materials Analyst at Colonial Williamsburg, speaking on “Beneath the Surface: Using Microscopy to Discover the Hidden Colors of Virginia.”

On November 17, PNNMP held a special “Building Conservation Workshop: Keeping the Water Out,” from 9 am – 3pm at Holley Graded School and Wheatland in Lottsburg, Virginia, with a special post-workshop visit to Sabine Hall.  Matt Webster, Director of Architectural Preservation and Research, Colonial Williamsburg Foundation;  Preservation Mason; and F. Carey Howlett, Conservator,  gave presentations and an on-site study of issues and current best practices for the most important task in preserving old buildings: keeping the water out. The workshop began with presentations at Holley Graded School Museum and Art Gallery and included an afternoon at nearby Wheatland Plantation to examine water-related issues, to learn about common misguided treatments that may cause even more problems, and to discover the best approaches to prevent water problems and to address damage to your home, church or commercial building.  The day concluded with a post-workshop visit to Sabine Hall to examine a current stone restoration project.

The  Annual Meeting and award of grants in March was fascinating and well-attended. In addition to the award of grants and luncheon, the attendees were treated to a talk by Sumpter Priddy III, noted decorative arts historian, on “Historic Cabinetmakers and Furniture from the Northern Neck and Middle Peninsula.”​​​ 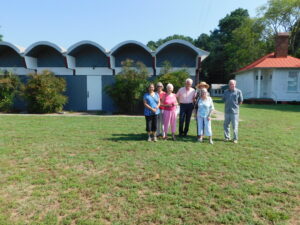